LATEST UPDATE COVID-19: Find out more about the status of our services under COVID-19

Did you mean to search for an archival record? Use Archway
1 - 12 of 102 results
Filtered by
Artist: Russell Clark

Russell Stuart Cedric Clark was an Official War Artist during the latter stages of the Second World War, his works depicting the war in the Pacific theatre where he was serving.

Russell Stuart Cedric Clark was an Official War Artist during the latter stages of the Second World War, his works depicting the war in the Pacific theatre where he was serving.

Clark was born in Christchurch on 27 August 1905, to William Clark and Mary Elizabeth Wyatt. He was educated at Christchurch Normal School (1911-1919) and Christchurch Boys’ High School (1920-1921), and attended the Canterbury College School of Art between 1922 and 1927

After leaving the School of Art (where he also taught part-time between 1926 and 1927), Clark found work as a commercial artist with the Jewell-Skinner Advertising Agency in Christchurch, and later with printer and publisher John McIndoe in Dunedin. He also exhibited his own works during this period.

In March 1942, Clark approached Prime Minister Peter Fraser offering his services as a war artist. He was called up for military service in November 1942, but was assigned to a vehicle depot as a sign writer. It was not until 1944 that he was appointed an Official War Artist, and in February of that year he joined the 3rd New Zealand Division in Pacific theatre as a temporary second lieutenant. He remained in the Pacific (he spent most of his time in the Solomon Islands) until November 1944, when he returned to Wellington and was assigned to Army Education and Welfare Service (AEWS) until he was discharged in July 1946.

As one of the Official New Zealand War Artists of the Second World War, Clark worked in the Solomon Islands area making sketches of the life of men on active service, and also visited Noumea and Suva. Upon his return to Wellington Clark painted watercolours from the sketches he had done during the war. Many works from this period did not find their way into the official collection, in particular many preliminary working drawings which are in private hands. Some of these have been acquired later by Archives New Zealand.

After the war Clark continued his work with the Listener and School Journal as well as creating his own artworks, particularly focusing on murals and sculptures. He also became a lecturer at the University of Canterbury School of Fine Arts. 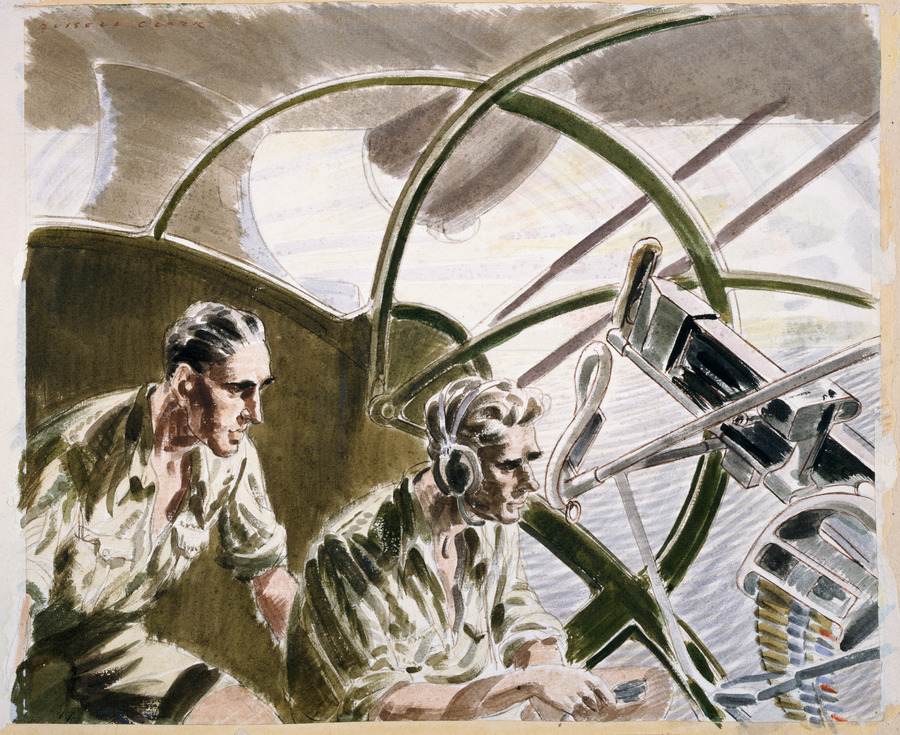 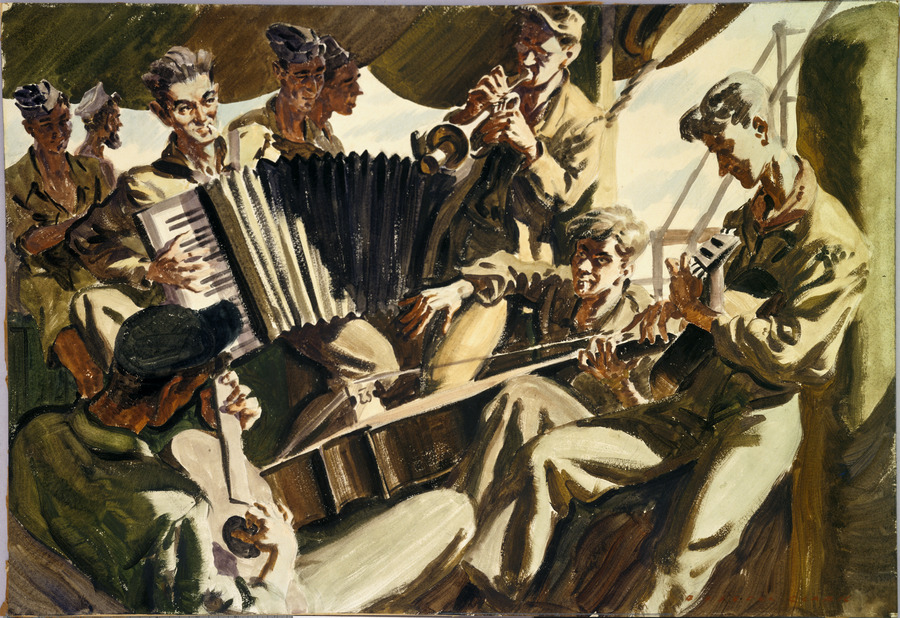 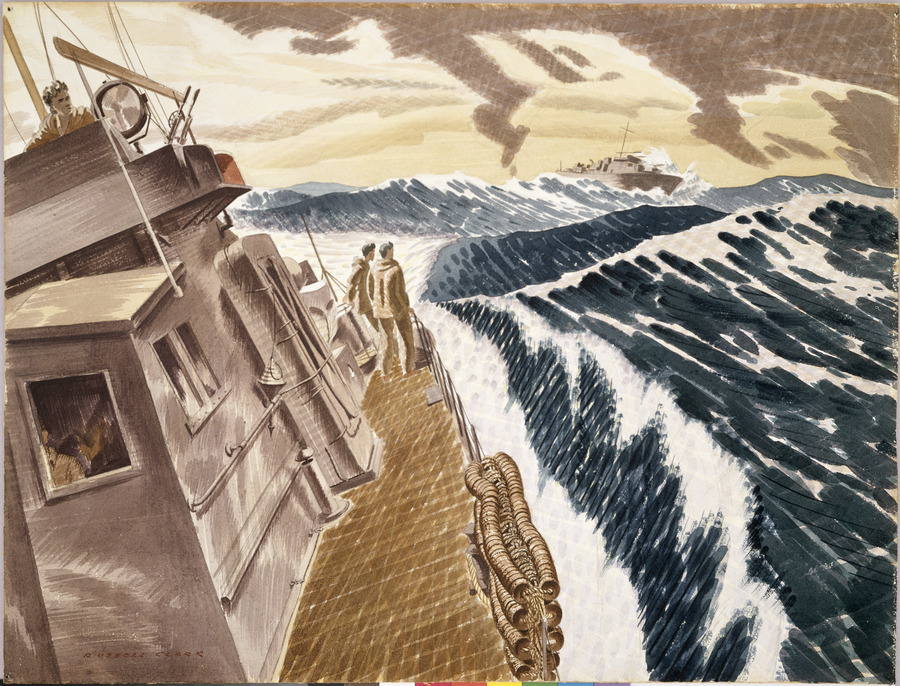 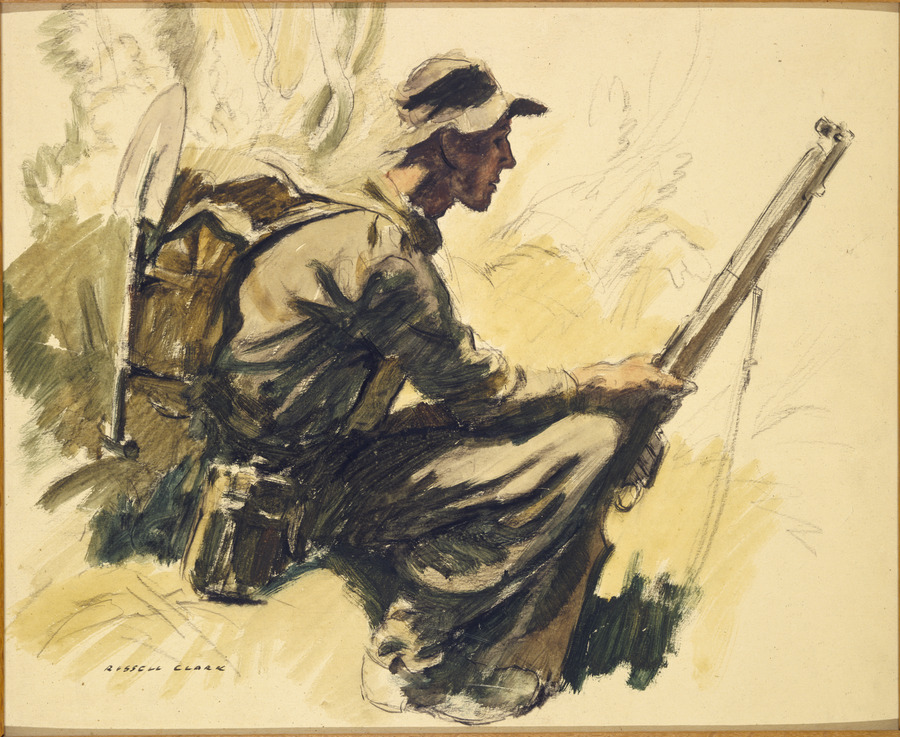