Repository maintenance: Due to maintenance in our Wellington repository, you may be unable to order some records through Archway. For more information please contact us through our ask an archivist service.

Did you mean to search for an archival record? Use Archway
1 - 12 of 220 results
Filtered by
Artist: Allan Barns-Graham

Allan Barns-Graham was born in Gisborne in 1906. He was educated at Christ's College, New Zealand. He subsequently studied at the Glasgow School of Art, then spent three years at the Slade School of Art, London University, where he obtained a Diploma of Fine Arts

Allan Barns-Graham was born in Gisborne in 1906. He was educated at Christ's College, New Zealand. He subsequently studied at the Glasgow School of Art, then spent three years at the Slade School of Art, London University, where he obtained a Diploma of Fine Arts

Before World War Two, following his return from the United Kingdom, he worked as a professional portrait artist in Auckland. Upon the outbreak of war he tried to volunteer for service in the Middle East, but as he was in his thirties, with a family, he was passed over in favour of younger, single men. He continued attending several training camps in an effort to get to the Middle East, but he was always turned down.

Eventually he was enlisted as a member of the 1st Battalion, New Zealand Scottish Regiment and commissioned as a 2nd lieutenant. The unit was sent to New Caledonia in late 1942 as part of the 8th Brigade, 3rd (New Zealand) Division.

While there, the position of Official War Artist was posted as a competition throughout the entire Division. According to his son’s recollections, Barns-Graham applied but was turned down by his senior officer (saying “over my dead body”), however on being reapproached that evening in front of several other senior officers, the officer in question backed down and consented.

He was sent to Vella Lavella (Solomon Islands, New Georgia Group) where the Division had landed in September of 1943, to make sketches and drawings. He returned to New Zealand in October 1943 to paint up these sketches before returning to New Caledonia in January 1944. He then rejoined the Division for the Green Islands campaign (February 1944), having missed the Mono Island actions in the Treasury Islands in October–November 1943. In June 1944 the Divison was withdrawn to New Caledonia, then sent home to New Zealand in August before being disbanded in October 1944.

Post-war, Barns-Graham taught at Gisborne Girls High School from 1950 until his retirement. He was active in the local arts community and played a leading role in the establishment of the Tairawhiti Museum in Gisborne. Allan Barns-Graham died in November 2006.

Many of his preliminary drawings and watercolour sketches from the war period did not find their way into the National Collection of War Art until 1982, when National Archives (Archives New Zealand) purchased a large number of his works. 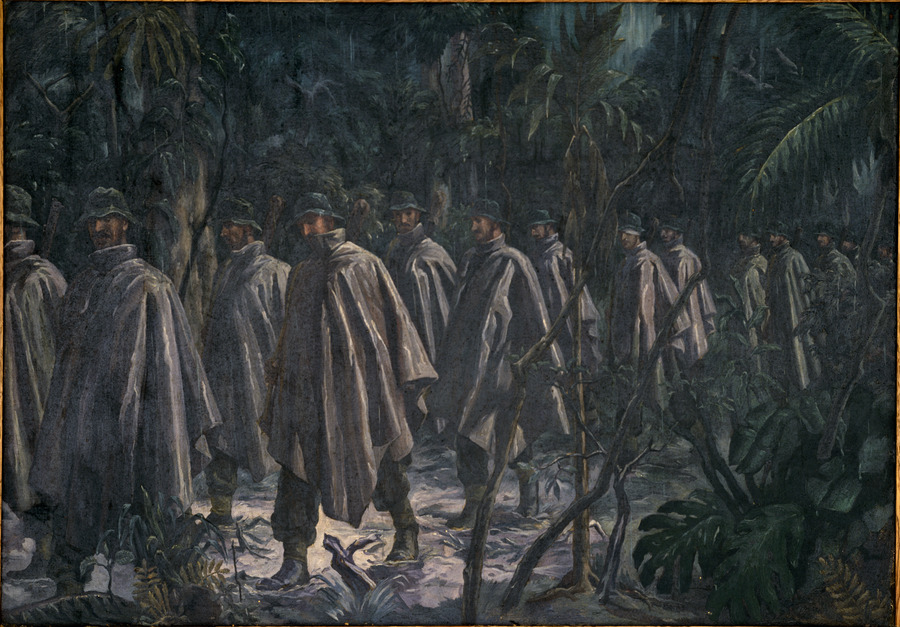 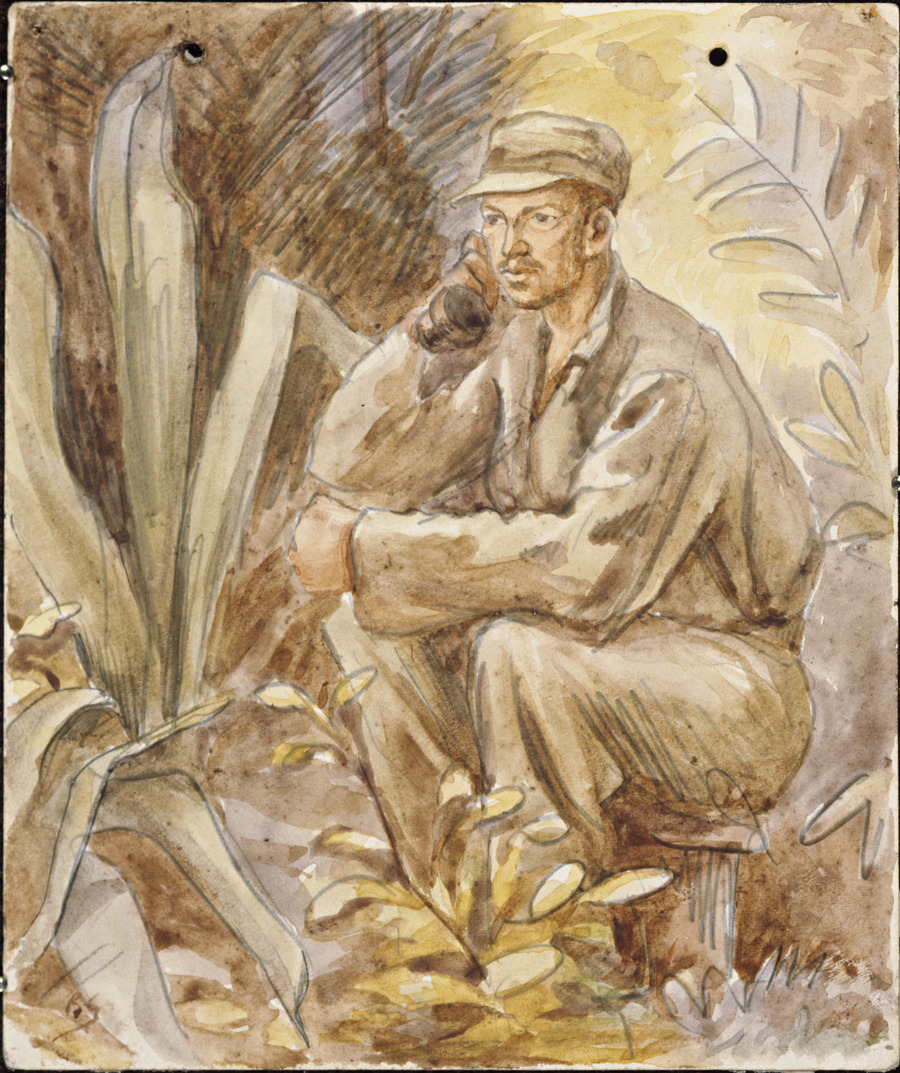 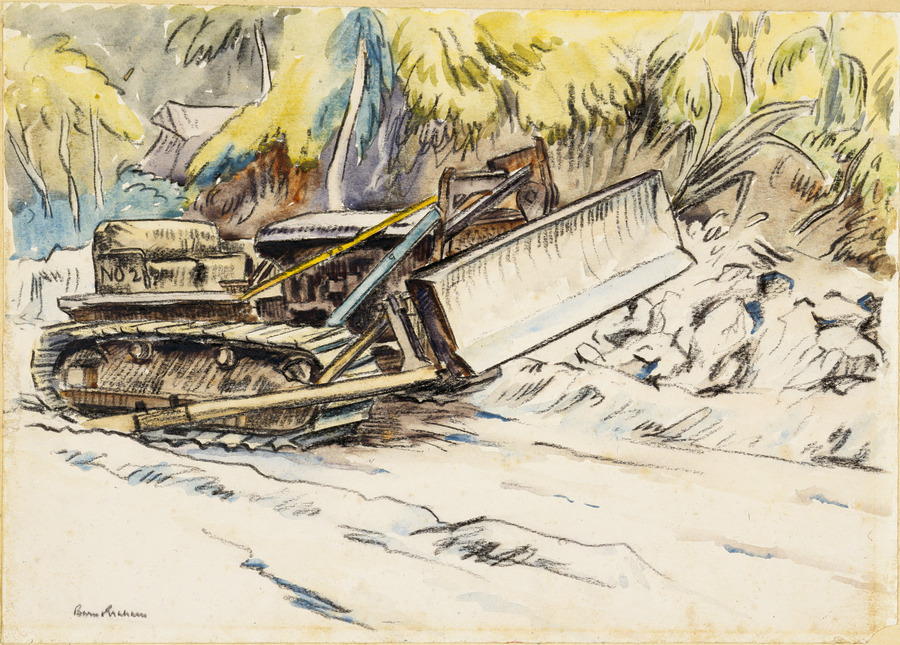 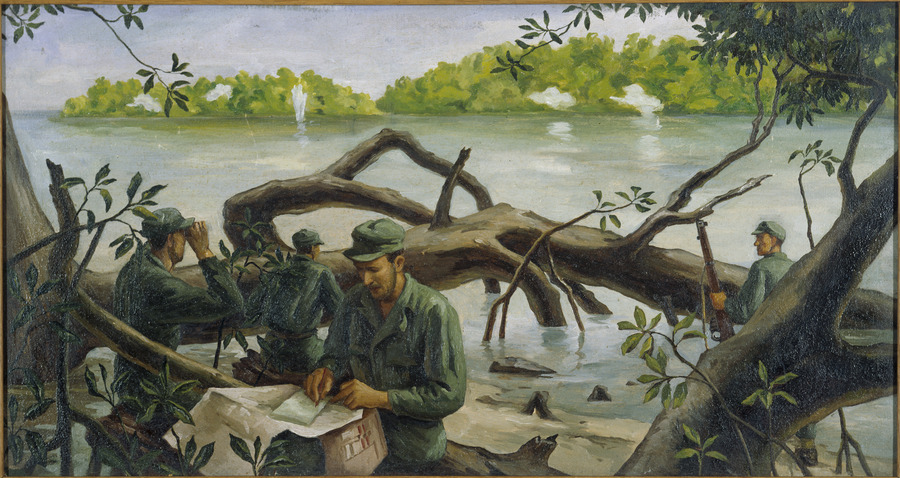