The Dunedin office will be closed for appointments from Monday 6 December reopening Monday 10 January 2022, while we undertake building work. There may be a delay in responding.

LATEST UPDATE COVID-19: Find out more about the status of our services under COVID-19 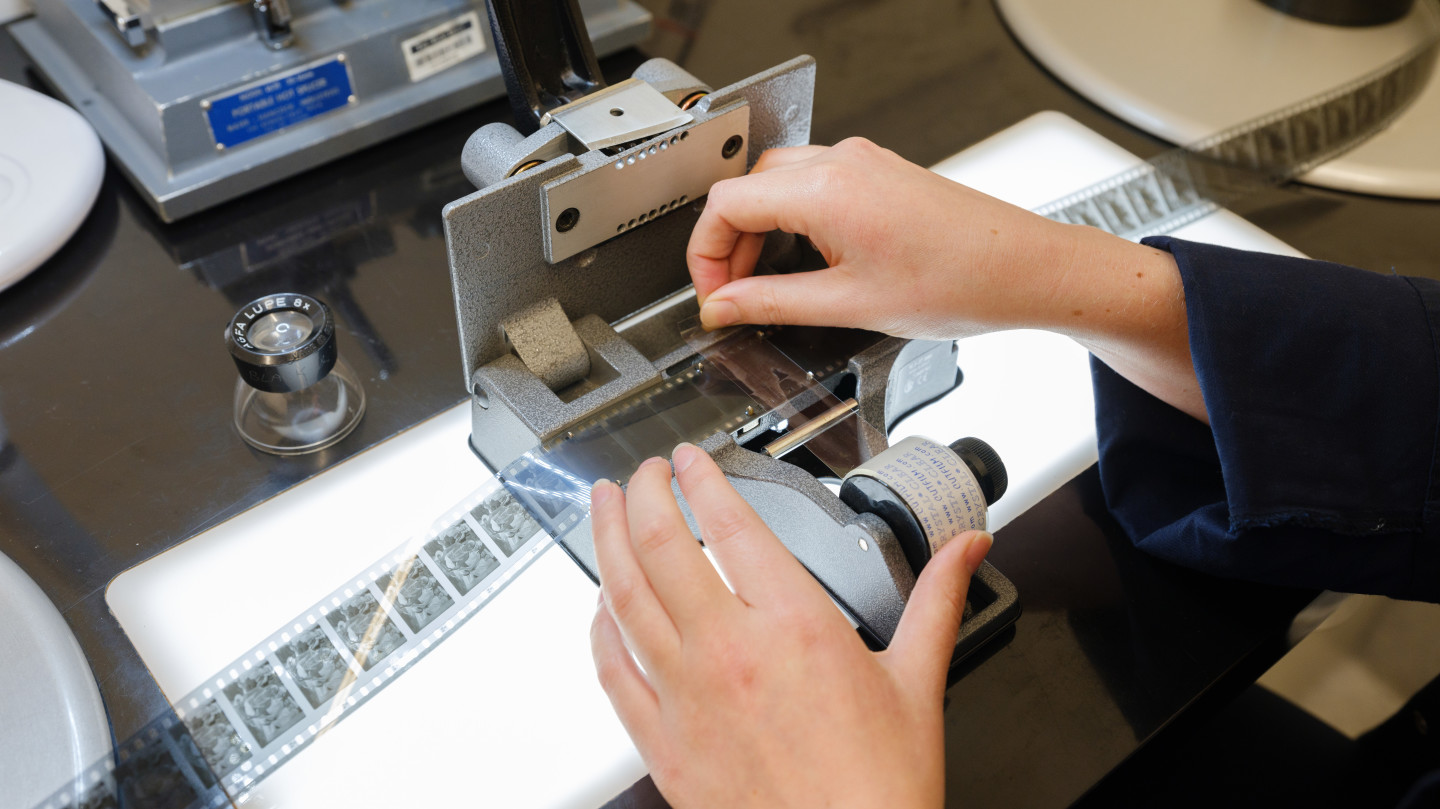 To top Back to top

Our film lab is the only one of its kind in New Zealand and the only lab in Australasia that can preserve colour film. The lab plays an important role by preserving culturally significant New Zealand films to ensure they can be accessed by future generations.

The lab started production in 2015 after moving from Park Road Post Production in Miramar. Our specialist team of technicians have extensive training in film grading, printing and processing.

The film lab team create preservation master copies of films by using a complex process of chemical reactions, the same process used for motion picture film processing. They copy 16mm and 35mm black and white, and colour films onto a polyester base film stock. This is a stable plastic with a projected shelf life of 500 years. This fares much better than the older nitrocellulose or acetate bases that make up most of our holdings. The deterioration of these films is far more rapid than people ever thought. If we preserve them now, when we access and use the film in the future, it will still look much as it does today – all you’ll have to do is shine a light through it.

Please contact us if you have any questions about our film lab.